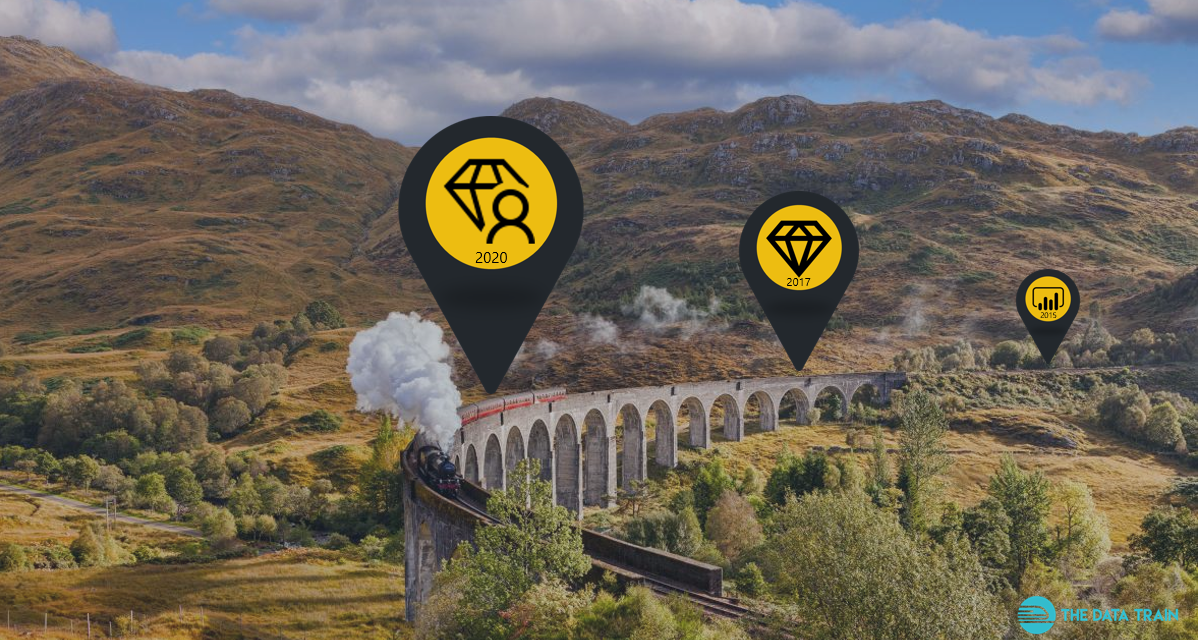 What Power BI licensing offerings Microsoft already had in store?

First things first; let’s get you up to speed concerning the different licensing models Power BI comes with.

With the release of Power BI mid 2015, users could have two different types of licenses. On the one hand, we had a free Power BI license whereas on the other hand, Power BI Pro was introduced as a paid license. Among other benefits, this Pro license enabled users to actually share their Power BI reports by means of collaboration workspaces, located on the Power BI service portal. Power BI Pro licenses come at a cost of €8,40 per user per month.

Two years later, mid 2017, the premium licensing model reached general availability. Opposed to the earlier introduced Free and Pro licenses, which were user-based, this new license was capacity-based. It served, and still serves, as a dedicated node of a certain number of CPU cores and RAM memory for the enterprise as a whole. Workspaces backed by premium capacity empower enhanced performance as well as the ability to share reports published to an app workspace with Free users without any additional costs. Also, some extra features have been introduced which are premium only such as AI-related components, extended workspace/dataset storage, XMLA endpoint support and paginated reports. Power BI Premium starts at a cost of €4212,30 per month for the lowest tier (P1).

What is this Premium Per User (PPU) all about?

Imagine a PPU license as a first class train ticket. You didn’t had to buy the whole train but yet you can bath in silence, chilling in your soft-leather seat while others sit in the second class railway carriage. The train will bring everyone to his or her destination, however, not everyone could benefit those extra features! 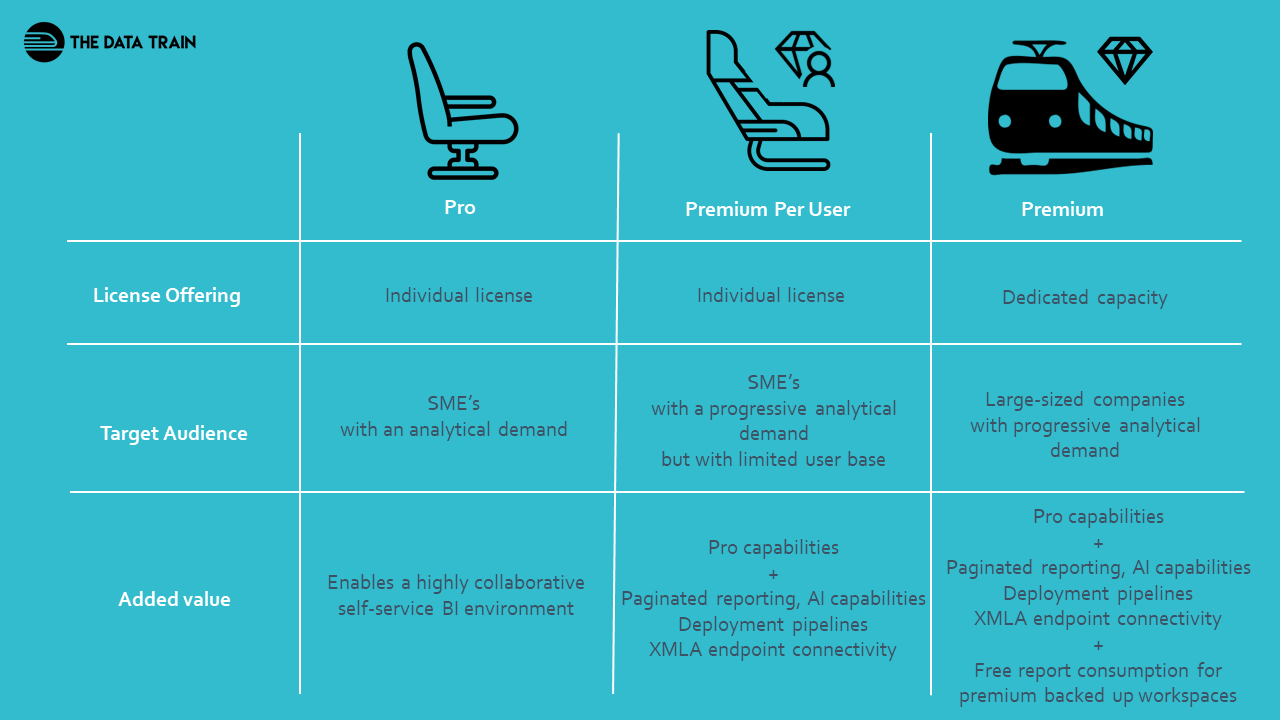 Why could PPU become a game changer?

There’s no denying on the existence of a huge gap in terms of pricing between purchasing some Pro licenses and affording premium with a massive cost of over €4200 per month. I believe PPU could have a threshold lowering impact, especially for small and medium-sized enterprises (SME’s). Many of these enterprises have a rather small user base of 25 people or less covering the data analytics department. In a second phase, if there’s a growth in reporting requirements/ user base, a logical second step would be to upgrade to a full-blown premium tier.

Please do note, as described earlier, premium is a capacity-based license. Power BI Pro licenses still need to be purchased to enable report creators to share there reports or collaborate in workspaces in the service portal. At the moment of writing, PPU pricing details are yet undecided upon.

Can I test it out myself?

YES, you can! At the moment of writing, this option should be available to all tenants who subscribed for priority access. The remaining part of tenants should get their hands on this public preview towards the end of November according to Microsoft’s latest communication. Renewable 60-day trials of PPU can be requested within your O365 environment at no cost.

Simply follow these steps and you’re good to go:

This will, once accepted the popup, start a Premium Per User (PPU) trial. If you start your Pro trial as a free user, this will by default enable a PPU trial as well. 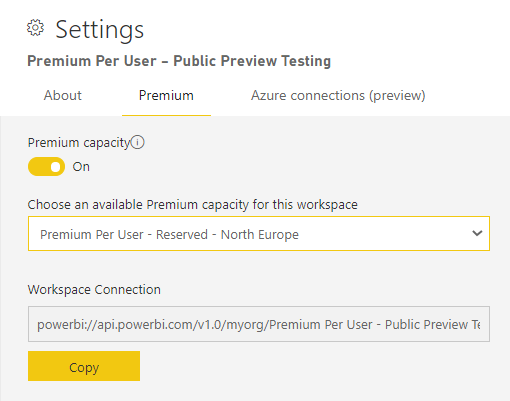 In my first attempt doing this, the “Try me” option wasn’t present. You should ask your O365 admin to assign the Power BI Free product to your user. Give it some minutes and the option will be there.

Mind the Premium Per User (PPU) icon next to the workspace.

This article elaborates on in what sense the newly released Power BI licensing model Power BI Premium (PPU) bridges the gap between the already existing Pro and premium licensing models. A free trial of this licensing model is now available in public preview for an undefined period of time nor has there been decided upon pricing details yet. This means the time for testing is now.. 🙂 If you enjoyed reading this article, feel free to connect via LinkedIn or Twitter. All aboard the data train!